Waking up to a magical view every day is a blessing but being only human, we sometimes get cabin fever. When Andrew is in the mood for some aviation therapy and I’m a bit overwhelmed by work in the home office, he likes to offer a solution. Yes, you guessed it, we go flying.

I’d not returned to the Great Ocean Road since we moved here, which is a shame as we loved exploring it during our first holiday in Australia. Andrew recently flew to the little bay with his flight buddy and raved about it. However, because of heavy rains and rock falls just before our arrival on our first ever visit to this country, we could only drive as far as Apollo Bay because of road clearing operations.

The road was winding and offered scenery to swoon over. It is up there with other magnificent ocean drives such as Chapmans Peak in South Africa’s Western Cape, and the Big Sur Drive of California, both of which I have had the privilege to experience and cherished every time I embarked on them. 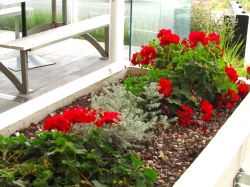 What I remembered most about Apollo Bay was the beauty as well as the delicious and affordable seafood platter we indulged in on that visit almost ten years ago at George’s, which is still there.

The Great Ocean Road is an Australian National Heritage listed 243km stretch of road along the south-eastern coast between the Victorian cities of Torquay and Allansford on the Southern Ocean.

Home to the Twelve Apostles, which are deteriorating fast and now reduced to a mere six and a bit, this is a bucket-list destination.

My fondest early childhood memory is that of the ocean in winter on the spectacular Garden Route of South Africa. This remains my favourite time of year to go for long walks along the beach as the summer crowds are nowhere in sight. Moody skies reflected in the ocean are heavenly for this pluviophile. 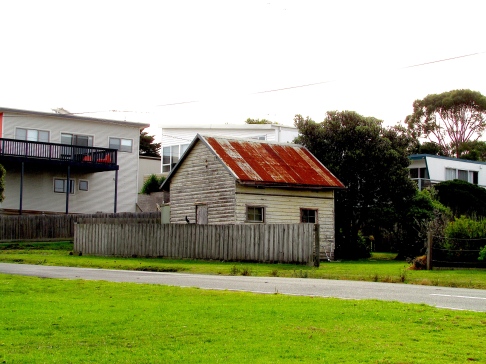 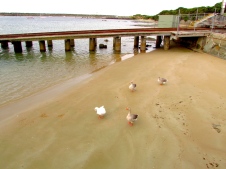 Our flight from Coldstream to Apollo Bay was smooth and the Sling4 seems made for such flights of fancy. Of course, Andrew is a superb and cautious pilot, making for peace of mind for this sometimes skittish passenger. Flying over the Mornington Peninsula after clearing the picturesque Dandenong Ranges and impressive Cardinia Reservoir, is always a thrill for me as it is a region I adore. In fact, if we were not so firmly ensconced in the panoramic Yarra Valley, Sorrento on the Mornington Peninsula would probably be my next home.

Flying over the peninsula and the stretch of ocean between Sorrento and Queenscliff, which we have traversed by ferry in the past, on a cloudy wintery day was idyllic. The vistas of land and ocean and that winding road from Torquay, past Aireys Inlet, where we spent a few blissful days years ago, are breathtaking from the air and landing in Apollo Bay, although a tad windy coming in from the ocean, was a breeze, pardon the pun. My pilot knows his stuff.

A short taxi ride, by which time we were starving, had us seated at Sandy Feet Café & Health Foods, which came highly recommended by our friendly taxi driver. I opted for the fish and chips, Andrew enjoyed the Thai chicken curry, and I washed my fresh catch of the day, mullet, down with a dinky bottle of NV Chardonnay Pinot Noir Limestone Coast South Australia bubbles. Andrew had a cappuccino as he never drinks when piloting – I find that comforting.

Afterwards, we strolled along the high street next to the ocean, then headed to the beach for a scenic walk to the bijou harbour, where we encountered countless gulls and, to our amazement, geese! I posted this unusual sight of a gaggle of geese on a beach on Instagram and lo and behold, a resident of Apollo Bay responded about the gaggle of geese and mentioned the fishermen offer them treats.

We did not venture too close as they can get cheeky and  the Instagrammer mentioned the geese had chased her mother when she tried to befriend them. My darling late mom was goosed and I remember the painful bruising on her inner thigh at the time. I was not falling for their sneaky tactics.

Too soon, we needed to head back to Marengo Airport, which is a 5km hike from the Apollo Bay Harbour. We decided to walk, which proved a delight as most of the road is along the oceanfront. It was quiet with just a few locals walking their dogs and enjoying the quiet after the holidaymakers had departed a week earlier. Perfect timing. We are not fans of crowds.

I highly recommend visiting this gem out of season if you enjoy the quiet. Locals are friendly and chatty.

Our return flight to the Yarra Valley was smooth, with a slight head wind, but we arrived home before dark. My head was clear after savouring that beautiful ocean air. All was well with the world.

A few days later, we had to travel into the city for a business meeting, after which we indulged in lunch at one of those delightful restaurants strewn along the Victorian lanes of the CBD of Melbourne.

We settled for RMB Café Bar on Degraves Street. Wrapped in our winter woollies, we opted for a table outside to watch the passing parade, which always reminds me of Europe. The friendly service, golden crumbed calamari, fresh garden salad and perfect fries hit the spot. On our stroll back to Flinders Street Station, we popped into Café Andiamo for delicious tiramisu and cappuccino, adoring the Italian vibe. 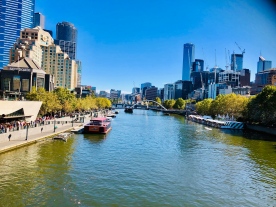 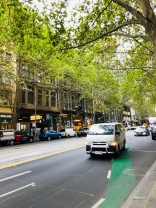 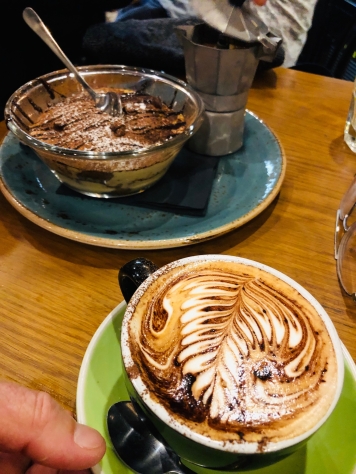 The ambience at these city eateries always result in my reminiscing about travels abroad, where the relaxed patrons tend to be congenial and on this city visit, we found ourselves chatting to a couple at the next table as if we’d known each other for years. They just happened to be on a city visit from the Mornington Peninsula.

We bid our farewells and promised to stay in touch. During our relaxing commute home on the train, we agreed, this indeed is a liveable city and we feel lucky to be part of it, albeit with one foot in the country, and by choice.

See more about our real-food dining experiences on TripAdvisor @tildix2016…

Cheers to the good life in a liveable world city. Come visit!