Members of CACA, Chinese-Australian Contemporary Artists, will exhibit at Art at Linden Gate in Yarra Glen from 11 January to 11 February 2019. This will be the first exhibition of its kind in the Yarra Valley near Melbourne.

Born in China and raised in Australia, the artists’ inspiration is drawn from their unique experiences, resulting in exquisite east-meets-west contemporary art.

The gala opening for the CACA exhibition takes place at Art at Linden Gate on Saturday, 12 January from 1-3pm – all welcome, RSVP for catering purposes at: artatlindengate@gmail.com

CACA artists to exhibit their work during this auspicious event, include:

Hong Fu was born in China in 1946 and has had 55 solo exhibitions in Australia, China, Japan, Taiwan, Singapore, Italy, Hong Kong and the UK. He arrived in Australia in 1990 and has received multiple awards, and was a finalist in the prestigious Archibald Prize, Doug Moran, Black Swan and the Dobell Prize of Drawing. His many portrait commissions include Dame Elisabeth Murdoch, which was selected as finalist in The Archibald Prize, and sculptor Ernst Fries of Art at Linden Gate in the Yarra Valley. 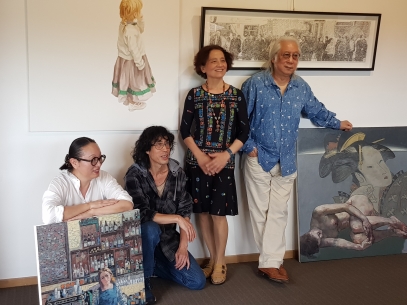 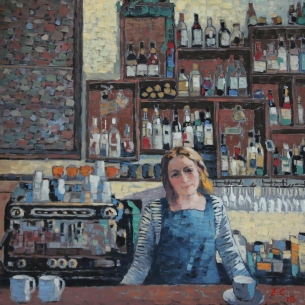 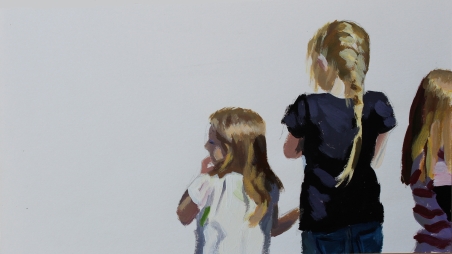 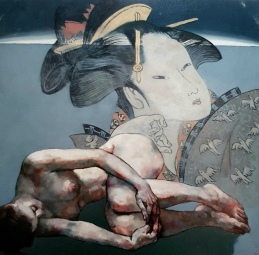 Chaohui Xie is an Australian educated national with a Masters of Contemporary Art from the Victorian College of the Arts in Melbourne. Her successful solo exhibition at the George Paton Gallery in 2016 was preceded by many group exhibitions, the most recent being the VCA Master Graduate Exhibition at the Victorian College of the Arts in 2017. Her most recent awards include The Lionel Gell Foundation Award in 2017.

Jiaxin Nong was born in China in 1988 and immigrated to Australia in 2009. In 2015 she achieved a Bachelor of Fine Art degree from the Victorian College of the Arts. Residing in Melbourne, Jiaxin embraces the challenges of the two cultures through her painting, sculpture, installation, sound and photography. Her most recent solo exhibitions comprise the 2016 Bewildering, Luren Gallery, SuZhou, China, and the 2013 Of A Tactile Natureat the Loop Project Space & Bar in Melbourne. Her many awards include the 2015 Joel Gallery Emerging Artist Award at the Victorian College of the Arts Graduate Exhibition.

Xiao Yu Bai moved to Australia from Beijing, China in 1996. A Doctor of Fine Arts (Painting) from RMIT University, Xiao also has a Bachelor of Fashion Design from the Academy of Art & Design, Tsinghua University of Beijing. Multiple solo exhibitions include the 2013 Beyond Object, it is #1, Mossenson Gallery, Melbourne, whilst the most recent of a line-up of some 15 awards includes the 2018 Finalist in Calleen Art Award, NSW.

Echo Z Cai graduated from Peking University with a Bachelor of Art Degree in Beijing in 1988. In 2000, Echo met Hong Fu, who became her mentor, with whom she studied oil painting, commencing with realism and impressionism. Since 2003 she has received multiple awards and totalled 11 solo exhibitions and several group shows. A published writer and columnist, she has found her niche in contemporary genres, including sculpture, installation, photography and digital. Her most recent awards include that of finalist in the Nillumbik Art Prize 2018 and the Wyndham Art Prize 2018, Victoria.

Pei Pei He was born in Shanghai, where aged 16 she was forced to leave her family and was sent to work in an isolated rural village during the Chinese Cultural Revolution. Her early art training commenced at the end of this era in the late 1970s, when she studied visual art in China. Arriving in Australia in 1987, she eventually managed to return to her love of art through education in 2005, graduating with a Bachelor of Fine Art (Honours) from The Victorian College of the Arts at the University of Melbourne in 2010. Fascinated by the rhythm and movement of city life and the human spirit, Pei Pei’s unique style of blending Eastern and Western elements through calligraphic brushstrokes creates a serenity as well as energy. Her many accolades include the Archibald Prize in 2018.

Zai Kuang was born in China in 1962 and moved to Australia in 1998. He achieved his Master of Fine Art (by research) in 2002 at Monash University. He was a finalist in the prestigious Archibald, Suliman, Dough Moran, Shirley Hannan & National Still Life and the winner in the Calleen Art, NSW.

Zai’s work takes pride of place in a number of Australian collections, including BHP Billiton and private collections in China, Germany, New Zealand and Australia.

Yinghong Li has a Master of Fine Art from RMIT University, completed in 2009. The artist is also a visual art teacher. Solo exhibitions include The Love Creatures and Mein 2017 at BHCAC in Whitehorse, with an impressive line-up of group shows comprising New Directionsat Hawthorn Studio & Gallery in Melbourne. Awards include the 2014 Gold Prize of Starts Cup in the First Guangdong Arts and Craft Fair for the ceramic Dancing Twins.

Art at Linden Gate was established in 1985 by the highly acclaimed sculptor Ernst Fries and is managed by his daughter Reggie Clark.

Ernst, now aged 84, still has his studio and home on this scenic property.

Art at Linden Gate also offers boutique accommodation for visitors to the spectacular region less than an hour’s drive from Melbourne.